YOUR HOME OF LIFE IN CHRIST...

There are times when life is more than the update on facebook, the tweets, the Instant messagings and texts. Sometimes, the important times, it's about looking beyond the abridged, the instants, the cliches, it's about discovering what God is really trying to say to you, amidst the noisy and rotting networks, you'll find rest to know God and to make Him Known, and turn the network dust to Glory. ARTICLE inspiration's page at KAAYM will inspire your soul. And give you a reason to hold onto your intergrity, humility in revering God's name and commands.

TITLE: Jonah 4 My dedication to the newly appointed leaders.

MESSAGE: Remain Steadfast, God will work out amazing works in you. I love you all.

While Jonah sat on the east side of the city and watched to see calamity fall on Nineveh in vain, he was exceedingly angry, for God had relented from causing disaster on the city Jonah had proclaimed to, the message of repentance. God was rather becoming merciful, slow to anger and of great kindness. How sad the contrast between God's feeling on the repentance of the people of Nineveh, and Jonah's feeling on the slowlessness of God's anger. Jonah was grieved because Nineveh's preservation, after his denunciation, made him seem a false prophet .This was what led him to flee to Tarshish before; not the likelihood then of his prediction being falsified; his commission was not to foretell Nineveh's downfall, but simply to "cry against Nineveh's wickedness" as having "come up before God." If Nineveh had been the prominent object with him, he would have rejoiced at the result of his mission. Probably then he regarded the destruction of Nineveh as fitted to be an example of God's judgment. We have alot to learn from all this;

1.Repenting Nineveh proves herself more worthy of God's favor to all missioners-"But you go and learn what this means: ?I desire mercy, and not sacrifice, for I came not to call the righteous, but sinners to repentance. "-[Mathew.9:13]

2.Pride in the ministry of God has no future- Pride goes before destruction, and an haughty spirit before a fall.[Proverbs.16:18] God demonstrates human selfish living by preparing a vine to come over Jonah, that it might be a shade over his head[verse 6], he is glad in his comfort zone under it's shelter but filled with grief when the worm eats it up the following day. We are sometimes led in comfort as missioners but we should never take this for granted, but rather give our lives whole heartedly to the ministry of Christ's message of salvation- sharing in his suffering.

THIS MISSION WAS A SUCCESS. The message is still important to share with you all Missioners.

In the name of Jesus Christ, greetings to you our dear brethren and fellow workmen in the Lord. As we prepare for mission to Ntungamo, we feel directed to offer this simple, step-by-step study of our theme for this mission, so we can all be at par. Every mission has a purpose? has a theme. A theme is the main subject of a talk, or a discussion, and for that matter a mission. When there is no purpose/theme, anyone can say anything that comes to mind at any time. This is one weapon the devil uses against evangelistic ministries, by diverting them from the major subject of concern. Jesus Christ Himself had a theme for His coming?to seek and save the lost of the house of Israel. And he did exactly that! 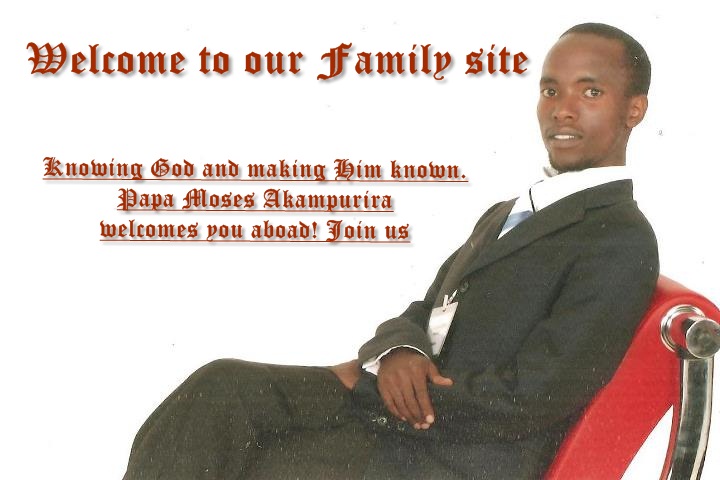 Background: The word of God in Jeremiah 7:3 is a plain, clear and naked warning to the people of Judah (especially Jerusalem) about an impending disaster catalyzed by their sin. In it is embedded a possible remedy for this impending disaster, and a prophecy of hope, after obedience to the Lord. Prophet Jeremiah served the Lord during the reigns of Josiah, Joahaz, Jehoiakim, Jehoiachin and Zedekiah, kings of Judah. Josiah reigned 31 years, Joahaz 3 months, Jehoiakim 11 years, Jehoiachin 3 months and Zedekiah 11 years (during whose time Jerusalem and the entire temple was destroyed by King Nebuchadnezzar of Babylon, and the people were driven out of the land). Jeremiah basically was called by the LORD in the middle (13th year) of King Josiah?s reign over Judah (2Kings 22-24, Jer 1:1-3).

Josiah?s reign: In order that we may grasp better the idea of God?s call on Jeremiah, we need to understand which circumstances surrounded Judah at that time. This was when Josiah son of Amon King of Judah was in leadership. Amon (like his father Manasseh king of Judah) was a very wicked king. They led Judah into detestable practices of idolatry (2Kings 21:3-5), Child sacrifice, witchcraft, magic and divination (2Kings 21:6), murder (2Kings 21:16) and many other disgusting things which had never even been done even by the Canaanites whom the Lord had driven out of the land. This made the Lord very angry with the king and the people of Judah (2Kings 21:10-13). Remember, this was God?s original promise to David, and to Solomon his son:

King Josiah, on the contrary was a man after God?s heart. He was a promised king (1Kings 13:1-3). He repented of what his fathers had done (2Kings 22:11-20), burnt all objects which were made by his fathers in the worship of the stars, sun and moon, Baal and the goddess Asherah (2Kings 23:4-9), put an end to child sacrifice (2Kings 23:10) and worship of many other foreign gods introduced by past kings (2Kings 23:13-20). In fact the Bible says:  ?And like unto him was there no king before him, that turned to the LORD with all his heart, and with all his soul, and with all his might, according to all the law of Moses; neither after him arose there any like him (2Kings 23:25).

The call of Jeremiah and subsequent prophecies: He was called to warn of what danger would occur to Judah if the people never repented. When the evil King Jehoiakim son of Josiah burnt his first book of prophecies (Jer 36), he wrote a second through his secretary Baruch, now believed to be chapters 1-25. Subsequent prophecies entail a plea to the people of Judah to repent and forsake their detestable practices and turn to the Lord. True repentance and a practical resolution to change, are the only way out of this disaster. The Lord said: ?Change the way you are living and the things you are doing, and I will let you go on living here? (Jeremiah 7:3). Without sincere repentance, the destructive exile was true and sure, expected and would never be a surprise. Unsurprisingly so, Jeremiah reminded the people of this later on: ?They told you to turn from your wicked way of life and from the evil things you are doing, so that you could go on living in the land that the LORD gave you and your ancestors as a permanent possession? but you refused to listen? (Jer 25:5-7). Shortly thereafter, the LORD passed a painful judgment on the house of Judah through the Babylonian king Nebuchadnezzar.

THE POSITION OF THIS PROPHECY IN RUYONZA MISSION

Gone should be the days when God?s word is treated as mere heresy or fairy tale. Jeremiah 7:3 clearly speaks God?s mind, plans, and heart towards the people of Ruyonza parish and the country. It shows that God is graceful enough to forgive them only if they will repent and turn away completely from their evil practices. The major reason why God was so angry was due to the sin of shedding innocent blood by King Manasseh (2Kings 24:3-4). Other things included prostitution and other forms of sexual promiscuity, idolatry, consulting witches, mediums and practicing magic, worship of the stars, moon and sun, and Child sacrifice to gods (Satan). These things, plus many others, have moved God in the same way to proclaim this word over Ruyonza at this point in time.

Before the gospel reached areas in South Western Uganda, our fore parents were buried in paganism, magic, witchcraft, incest and many forms of sexual immorality which had formed an integral part of the cultural fabric in the society (Ref: Egypt). God opened their eyes and they embraced the gospel gladly. They were blessed. A revival spread from Kigezi throughout East Africa, including Ruyonza (Ref: Leaving slavery in Egypt, giving commands, building altars-churches etc).

After the people had settled and gained wealth they forgot the Lord whom their fathers had embraced and started to worship money, property (esp. animals), amongst the rebirth of other evils such as incest, defilement, rape and murder with promiscuity, like never had been in the times of our pagan forefathers. Murders and crime on the rise (Ref to Wagahurire? Program, Akagwe, Orumuri Newspapers)- Manasseh.

The Lord used the church ministers at this time condemn iniquity and instill the love of God among the people (Ref Josiah). But very few of the people have repented and the Lord intends not to see them perish? but repent and receive life. Unless they repent, things will only get worse and worse. God tolerates no rivals. He is still the jealous God of Exodus and Deuteronomy, He is still the tender and compassionate friend of Psalms, and is the seat-mate of sinners and tax collectors as seen in the gospels. But he does not condone iniquity. This is why Jesus died, so that all sin could be atoned for once for all.

The Grace of God: Jesus Christ paid for the penalty for all sin. It is not through the observance of the law of Moses as was required of Manasseh, Josiah etc, which will save the lost sheep of the 21st century. Salvation is obtained through no other name, other than Jesus Christ. In Jesus Christ is the fulfillment of the law! In him is the completion of everything and in Him is the beginning of everything. Not human effort, not self-discipline, nor rules and regulations, nor KAAYM can save Ruyonza, BUT JESUS CAN AND HE WILL if they sincerely repent and turn completely to Him as Lord and savior of their lives. Brethren, let us bear in mind that we preach Jesus, and Him crucified, Risen and Glorified. Nothing less? but something more! Signs, miracles and wonders must accompany us (Mark 16:17-18, Matt 10:1 etc). Jesus is the author of this theme. It is not a threat but a loving plea from a loving God to His lovely people. Treat it so dia brethren, and may the Lord use you for His purposes in Ruyonza.                     END